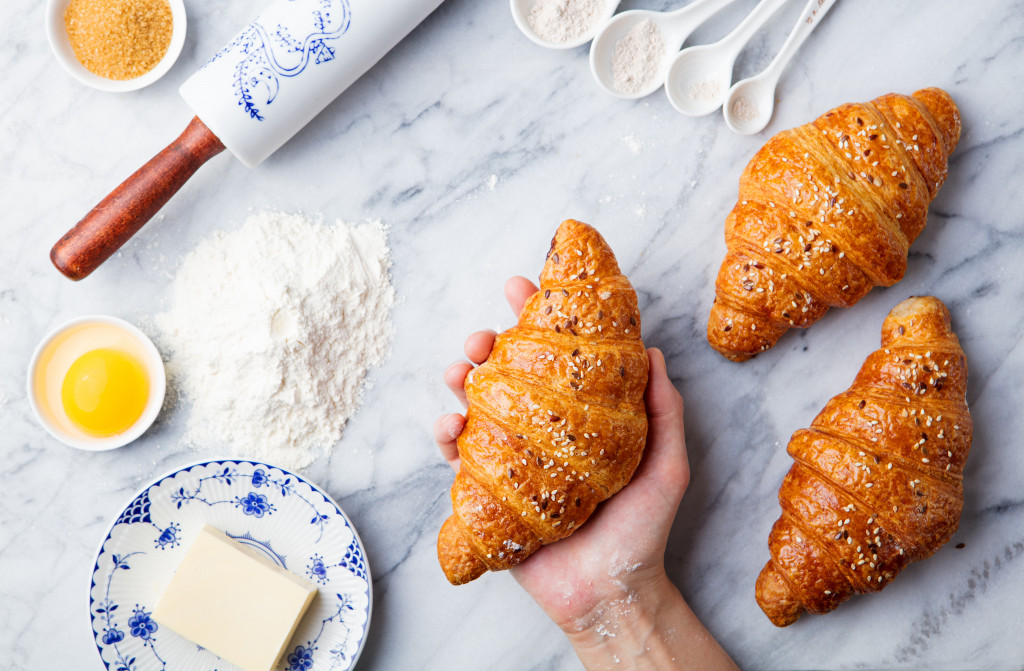 Anyone with a sweet tooth knows that there’s nothing quite like a freshly baked treat. And when that treat is from a different culture, it’s even more special. Whether it’s a light and fluffy pastry from France or a rich and decadent dessert from Italy, baked goods offer a delicious way to explore the world. Here are some of the most intriguing and unique recipes from around the globe:

Baklava is a traditional Turkish dessert with layers of flaky phyllo dough, nuts, and honey. The dish is believed to have originated in the Ottoman Empire, and it is now enjoyed in many parts of the world. Baklava is also often debated to be a Persian or Roman invention.

Croissants are crescent-shaped pastries that originate from France. They are made with a yeast-leavened dough rolled and folded several times to create layers of butter and dough. Baked until golden brown, crossaints are usually served as a breakfast pastry or snack and best enjoyed with coffee.

Pierogi are dumplings that are popular in Polish cuisine. They are typically made with a flour-based dough and filled with various fillings, including potato, cheese, sauerkraut, and meat. Pierogi can be boiled, baked, or fried, and they are often served with sour cream or topped with onions.

Mooncake is a traditional Chinese pastry often eaten during the Mid-Autumn Festival. Mooncakes are typically made with a wheat flour-based dough and filled with various fillings, including lotus seed paste, egg yolk, bean paste, and nuts. They can be baked or fried.

Churros are deep-fried doughnut-like pastries that originated in Spain. Though they are usually fried, you can actually bake them. This popular street food in many parts of the world often come in a stick shape and are typically served with sugar and cinnamon and paired with a thick chocolate dipping sauce. In Mexico, churros are sometimes filled with chocolate or other sweet fillings. Churros can be found in many Spanish restaurants and cafes, as well as in some Latin American countries. 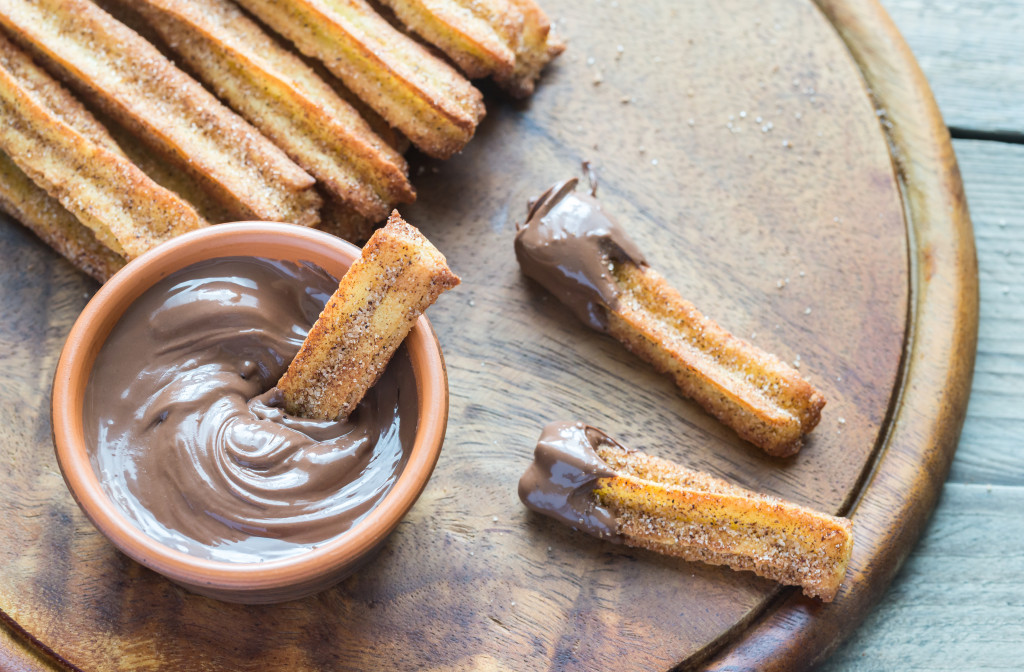 Kanelbulle is a Swedish cinnamon roll made with yeasted dough and flavored with cinnamon, cardamom, and sugar. Kanelbullar is usually rolled into a spiral shape and baked until golden brown. They are best enjoyed with a cup of coffee or tea.

Mamon is a traditional Filipino baked good made with flour, eggs, sugar, butter, and baking powder. It is similar to a sponge cake in texture and flavor, and is frequently served with coffee or tea. Mamon is available in most Filipino bakeries, and is a popular dessert or snack. The cake is light and fluffy, with a subtle sweetness that makes it a perfect accompaniment to a cup of coffee or tea.

Buchi is another Filipino dessert made with glutinous rice flour, water, and sugar. The dough is rolled into balls and then deep-fried. Once fried, the balls are coated with sesame seeds. This sweet treat is often served as a snack or dessert. So if you’re in the mood for something sweet, be sure to give buchi a try. You won’t be disappointed.

Tres leches cake is a Mexican dessert made with three kinds of milk: evaporated, condensed, and whole milk. The cake is soaked in the milk mixture and then topped with whipped cream or frosting. It is often served at parties and celebrations, and its rich flavor and moist texture make it a favorite among sweet tooths.

Ube bread is a type of Filipino bread made with purple yam, also known as ube. The bread is often sweetened with sugar and sometimes topped with margarine or cheese. Ube tastes creamy, making it a popular choice for baked goods.

Matcha bread is a kind of sweetened bread that is flavored with green tea powder. It is often found in Japanese bakeries and is made with wheat flour, yeast, matcha powder, and sugar. The dough is typically very soft and light, and the finished bread has a distinctly grassy flavor with a hint of sweetness. Whether you enjoy it for breakfast or as a mid-day snack, matcha bread is a delicious way to experience the unique flavor of green tea.

Naan is a leavened bread popular in Indian cuisine. It is usually made with wheat flour, milk, yogurt, ghee, and yeast. This Indian pastry is typically served with curries or other savory dishes.

Baked goods are popular worldwide, and for good reason—they’re delicious! Whether you’re a fan of sweet or savory pastries, there’s sure to be something here that will tantalize your taste buds. So what are you waiting for? Get baking!

Bernard is a recreational lone traveler, looking for the next hiking adventure ideally in the winter/spring seasons. His favorite hiking locations are the Philippines, Hong Kong and the Kansai Area of Japan. He published his travels on his Youtube Channel “Wandelust” for the most important person in his life – his Mom.