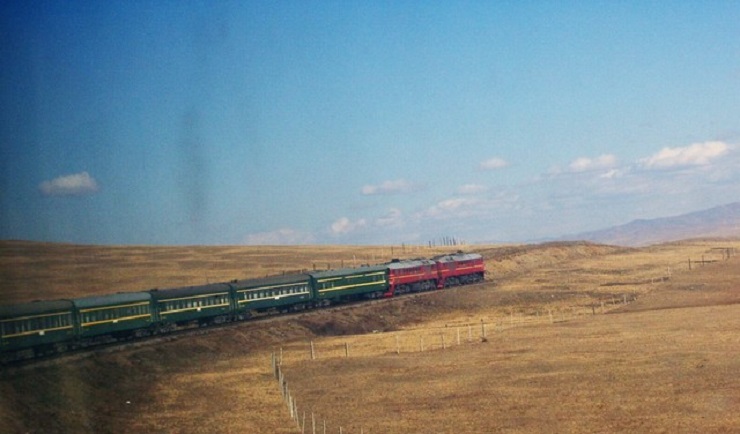 I’d like to call myself an enthusiast of long rail journeys. There’s something melodic about the slow but constant change of scenery as the train trundles past tarnished railway tracks. My trip from Moscow, Russia to Beijing, China via the Trans-Mongolian Railway was one such voyage.

The route crosses two continents, three vast countries, and several prominent landmarks, including a vast portion of Siberia, the Ural Mountains, Lake Baikal, the Gobi Desert, and the Great Wall of China.

I admit that before embarking on this journey, I entertained myths about endless snow, frozen soil, and blizzards that caused trains to stop in the middle of nowhere. Looking back, I can say that it was the most relaxing six nights and five days of my life, except for the brief but exhilarating inspections when crossing borders.

Due to the weather, stops in this route are short, ranging from one to eight minutes. The shortest stop is where the most important Buddhist temple in Russia is located, while the longer ones are in borders, where there’s not much to do except watch patrols inspect your luggage and hope that all your papers are in order.

While there are other routes to choose from, a friend in Moscow told me that this one is the standout. Here, you’ll witness the enormity of a landlocked region that few have explored. The crux of the journey is from Moscow to Ulaanbaatar, where you’ll see frontier life at its purest, with alternating scenes of solitary steppes, alpine forests, rolling plateaus, and the world’s most sparsely populated towns.

It is a land of extremes, they say. Its unforgiving winters, frequent cold snaps, and a shortage of arable land have pushed half of its population to its sunny capital city, UIaanbaatar. The train begins to go uphill from here as it goes farther south, and the weather outside becomes colder and drier.

The Chinese train will then take you through the Gobi Desert, a major change of scenery from Mongolia’s rugged mountainscapes. If not for my chatty bunkmates, you’d feel an overwhelming sense of emptiness. However brief this stretch was, it left the most unforgettable impressions. Perhaps, it was the fascinating fact that Mongolia and China are two vastly different worlds, and passing through these borders, you can’t help but be moved by the natural splendor.

In a span of 30 minutes, I wrote in my journal a lot more and faster than in any of the longer stops in the first leg of the journey. At best, it was one the most inspiring train rides I’ve ever had. The short breaks to see museums and churches were noteworthy, as well as a night spent in a ger in Mongolia, but it was the frenzy of train life that spoke to me the most.

Briefly, the train arrived in Beijing, where forested valleys and towering limestone mountains abound, concluding my once-in-a-lifetime trans-continental voyage. The train skirted the majestic Great Wall, with seemingly endless forests in the background, the final stretch of nature before returning to civilization.

Beijing is the perfect stop to such a journey. Here, you can meditate all you want in its sprawling temples and bask in the company of 21.7 million people.