The stunning architecture, the vibrant culture, the passionate football fans, the delicious and ample tapas… It’s easy to see why so many travel-hungry tourists are in love with Barcelona. It’s one of those cities where you visitors can (and do) spend entire days simply walking around and taking in the sights, sounds, and scents of the city. But like all major cities, Barcelona has its tourist traps. Those iconic and celebrated landmarks that are hailed as “must-see” by every guide on the bookstore shelf… but that all too often underwhelm when we see them in person. Not least because they’re impossible to see past the backs of other tourists. A stroll down the Gothic Quarter’s La Rambla is likely to be a stressful and crowded ordeal… unless you want to head down so early in the morning that everything worth visiting is closed anyway. Likewise, while La Sagrada Familia is a beautifully crafted work of art (and one on which work is expected to continue well into the 2040s), it’s a masterpiece you can expect to wait in line for a long time to see.

It’s understandable that seasoned visitors and newcomers alike might yearn for an experience that’s a little more authentic. A little less populous, where anything worth seeing isn’t blocked by the backs of legions of your fellow tourists. And, let’s be honest, a little easier on the budget. The good news is that Barcelona is a big city, with so much more to explore and enjoy than the familiar old tourist traps. So stow your goodies in reliable luggage storage in Barcelona, put on a pair of comfy shoes and get ready to wander off the beaten track. If you want to know the real city, you won’t get to know it by clamoring with the masses to make your way through La Rambla. You’ll see, hear, feel, and taste it by getting to know these hidden treasures…

Relax and enjoy the view at The Antic Theatre

Sure, the Palau De Musica is an impressive venue and a great example of the modernista style of architecture. But if you’re yearning for something a little quieter and more relaxed you could do worse than check out The Antic Theatre- an oasis of calm in the heart of the city that seems to have even escaped the attention of most locals.

The theatre itself has a huge open-air terrace which is favoured by a few trendy young locals. Here you can enjoy a tasty (and reasonably priced) drink while enjoying the beautiful architecture of the old town.

Get away from it all at Carmel Bunkers

As such, we heartily recommend a visit to Carmel Bunkers. These former wartime bunkers are not just a memento of the Spanish Civil War, they’re also a relatively quiet place where you can escape the bustle of the city centre while enjoying a stunning 360-degree view of the buildings below.

Enjoy a chilled out drink at El Paradiso

You’ll notice that Catalan culture is a very relaxed attitude to work and leisure alike. They tend to enjoy their drinks slowly and in modest measures. You won’t find the same generously sized beers in Barcelona as you might be used to seeing elsewhere in Spain. However, if you’re looking for a place where you can relax and enjoy a chilled out drink in style (and don’t want to have to spend a lifetime at the bar) check out the understatedly trendy El Paradiso AKA Pastrami Bar. This charming speakeasy is actually hidden behind the refrigerator door of what appears to be a cured meats store. 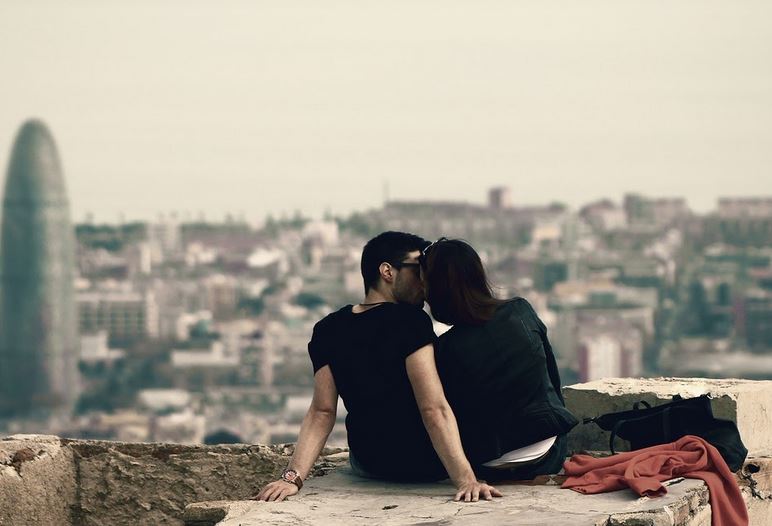 It’s super cool and adds a touch of theatricality that will be welcome after a long day’s sightseeing. However, it’s rarely too busy.

Wandering the streets of the Old Town or the Gothic quarter can feel like a maze. And while this may be a lot of fun for your first few days, you may want a change of scenery after a little while. If you feel like losing yourself (hopefully not literally) in a real-life labyrinth. These incredible structures are often found in European myth and it was the Marquis Joan Antoni Desvalls of d’Ardena who decided to bring this mythological construction to life. He built this 820-yard long labyrinth, which is found just on the outskirts of Barcelona, back in the 18th century. While Guillermo Del Toro has not explicitly stated that the verdant maze is the basis for his masterpiece Pan’s Labyrinth, the resemblance is uncanny, and many locals refer to it as such. There are only 750 visitors are allowed in per day so you won’t have to worry about crowds. But since access costs just over €2 per person, you won’t need to worry about maxing out your budget either.

A beautiful spot for a picnic or simply to take a load off your feet, this stunning amphitheater was carved into the side of Montjuïc hill in the 1920s for the Barcelona International Exposition. It is only really used in the summer as the home of the Grec Festival. The rest of the year, however, it is open to the public to enjoy.

Barcelona is beloved for its architecture. But every once in a while we need to remind ourselves that mother nature is the best architect. And a stroll through the mercifully tranquil Jardins de Mossèn Costa i Llobrera is a lovely way to relax and unwind in the company of some of Spain’s most beautiful and intriguing plants.

Created in the 1970s, this little-known urban garden is home to hundreds of species succulents and cacti. There’s also a popular street-food and craft market which takes place there every month.