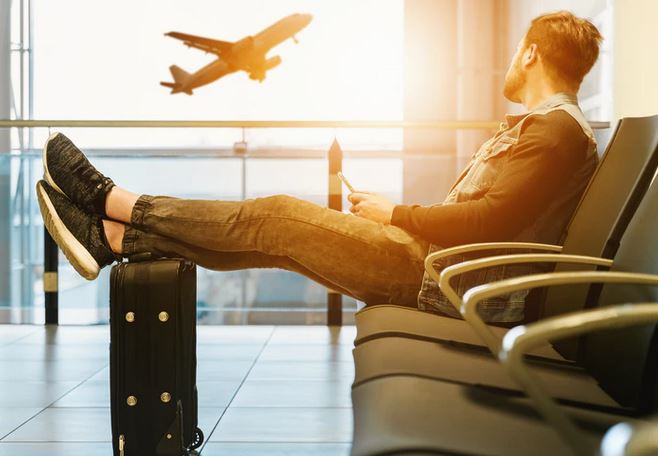 Every year, nearly 80 million people visit the United States from all over the globe. Obviously, the COVID-19 pandemic has changed that over the past year, but tourism was on the rise in the country before the pandemic hit. It’s likely that trend will continue when it’s safe to travel again.

It’s no big secret why so many people choose to travel to the States. It’s one of the most unique countries in the world and stands out in so many different ways. So, it’s not uncommon for people in other countries to already have some assumptions or at least some beliefs about the U.S., even before traveling here.

With that knowledge, you probably know about some of the major cities and attractions in the United States, including places like New York City, the Statue of Liberty, and the White House.

But, if you’re visiting the United States for the first time, where should you really be going, and what should you be seeing?

First, make sure you either have your visa or ESTA in order. You can visit Esta America to get started if you don’t.

Ready to go? Let’s check out some of the best places for first-time travelers to the U.S.

Yes, You Should Hit the Big Cities

If it’s your first time the U.S. and you aren’t sure when you’ll be back again, you should check out the big cities and a few major tourist destinations. That includes:

These places have become famous for a reason. While there are plenty of other things to do and places to see (which we’ll talk about below), you really can’t have the full “tourist” experience without checking out at least one of these destinations. You’ll return home with plenty of stories to tell if you do!

Visit the Big Easy – For a Different Perspective

New Orleans usually lands on people’s top ten lists when it comes to U.S. travel destinations. And, rightfully so. Bourbon Street is ripe with culture and Mardi Gras is like nothing else the country has to offer. Plus, you haven’t lived until you’ve tried a hot cup of chicory coffee and beignets from Cafe du Monde.

While those aspects of New Orleans are great, you might want to consider a different side of the city if you want the full, authentic experience. New Orleans is home to an incredibly unique and interesting history – again, unlike anywhere else in the U.S. It’s one of the most concentrated “melting pots” in the country.  So, don’t be afraid to go out of the city proper and check out some of the New Orleans countrysides for a real history lesson on the U.S. and the south.

The south, in general, tends to get a bad reputation when it comes to international visitors. That isn’t necessarily due to anything being “bad” about it. But, most people think places like New York or other major cities will be more exciting.

However, as it is with New Orleans, you’ll learn so much more about the history of the United States in the south. One of the best places to do that is in Savannah, Georgia. Some parts of Savannah can feel like you’re taking a step back in time. With antebellum architecture, beautiful parks, and a city that’s proud of its heritage, you’ll be able to enjoy yourself and relax while learning a lot about where the country came from.

If you want to enjoy a bit of luxury on your trip to the States, head to Martha’s Vineyard. It has some of the most incredible views in the country, it’s surrounded by quaint, charming harbor towns, and is home to incredible fishing opportunities if you love the outdoors. It truly provides the best of multiple worlds with lighthouses and seaside fun, as well as beautiful, lush farmland all over.

Martha’s Vineyard might just be a sampling of what the U.S. has to offer, but if you’re looking for a real way to relax on your United States vacation, there is really no better place to visit.

The U.S. is home to 423 National Parks. Some are more well-known than others, but all of them are absolutely beautiful in their own right. To become a national park, an area of land has to go through a strict evaluation. It has to contain significant natural or cultural resources. Most national parks are heavily-wooded areas.

You’re probably familiar with places like Yosemite and Yellowstone. If you’ve never been to a U.S. national park before,  either one of those would be a great place to start. But, don’t be afraid to go off the beaten path, either. Choosing any one of the hundreds of national parks won’t steer you wrong. You can explore the natural beauty the country has to offer while enjoying some time outside and getting some exercise.

Every national park throughout the country has its own characteristics that make it stand out. It’s worth it to take the time to do your research if you’re interested in a particular one. It’s also a  great opportunity to enjoy some camping while you’re here.

There are so many other great options for first-time travelers to the United States. But, use this list to get you started, so you can enjoy a sampling of everything this country has to offer. Whether you decide to go to some of the major “tourist towns” or you choose to go off the beaten path, you’ll undoubtedly have the trip of a lifetime. Take your time, soak in as much as you can, and enjoy the uniqueness of as many states as possible while you’re here.