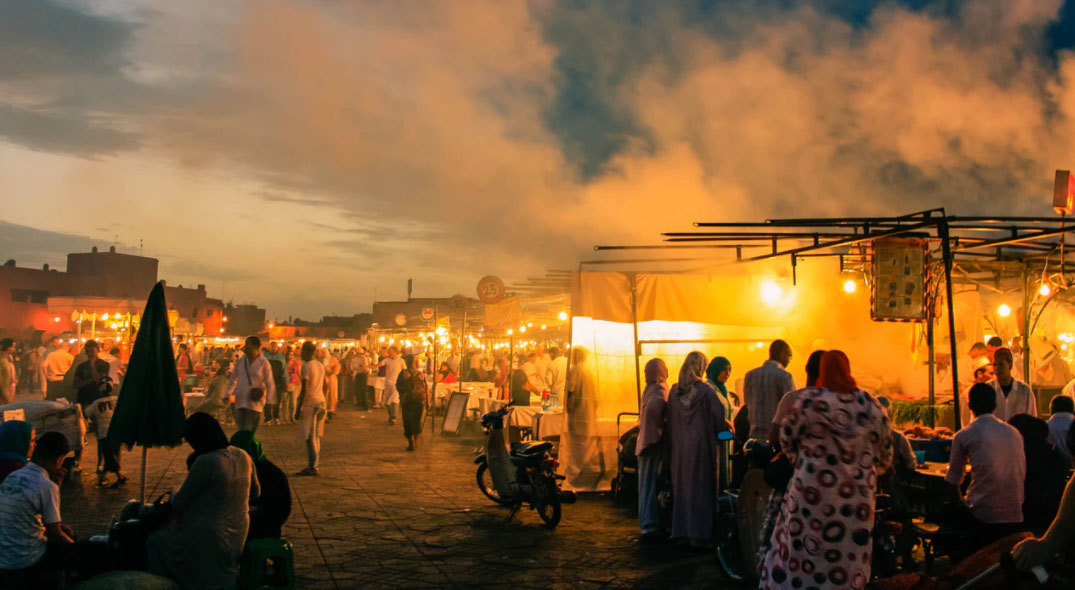 There’s no other train system in the world that speaks so much about a country than that of India’s. It covers a staggering 71,000 miles of tracks and 41, 000 miles of network weaving across vast lands. While the Indian Railway is a legacy of the British Raj, its glory lies on the diverse topography it traverses and the 8.4 billion people it carries every year.

These figures probably don’t mean anything at first glance. But these tracks form a fundamental part of discovering India, entrancing the likes of Paul Theroux and Wes Anderson.

It was the Nizamuddin Duronto Express from Pune (Maharashtra) to New Delhi that opened up India to me. Among the many routes in the system, this journey showed the most varied scenery. It trundled across rivers, scrublands, deserts, villages, and mountains – not to mention the profusion of wildlife and sightings of endangered animals.

Our 22-hour journey in second class A/C sleeper was not all comfortable, though. The noise, delays, hard berths, and continuous flow of wallahs took a lot of getting used to, but I realized it was just the privileged white chick in me talking.

To truly travel beneath the surface, one must surrender the desire for comfort and privacy.

Forget searching for answers about existence. When the engines roar, the whistles blow, smoke billows, and the train rolls in along the antiquated tracks, all you’ll feel is intoxicating exhilaration. It’s a magical journey at best as the train passes through tunnels, meadows, and mountain ranges as you down copious amounts of chai. Indian Railway is certainly a remarkable piece of engineering – not to mention the cheapest, most efficient way to explore the country’s length and breadth.

Unless you’re in the luxury coach, you’ll notice the unique social dynamics you won’t find anywhere else in the world. It says a lot about the country, too. Here, multiple cultures speaking multiple languages live in harmony. Trains not only link distant towns, major cities, and remote villages, but also diverse sects and cultures.

You’ll find that India is a country of amazing contrasts riding on the Nizamuddin.

Blue-washed buildings in a dusty town, a naked homeless person sitting next to a woman in multi-colored saree, alternating scenes of untarnished backcountry and modernity. Just take a stroll from AC First Class to Second Sitting and you’ll get a glimpse of the wide disparity between the rich and the poor. Variety is seemingly endless – from the ancient grains and pulses lining the markets to the patterns and sequins in a Rajasthani woman’s garb.

If you look closely at a schematic map of India’s railway networks, it’s impossible to not see the routes as the veins and capillaries that connect and hold together the country’s more than 2,000 ethnic groups.

There’s no denying that India is a magical place, but it’s still a matter of perspective.

If there’s anything you’ll discover about yourself, it’s that you’re small and insignificant, that the world is too busy to help you find the answers. There are myriad sights to feast your eyes on, so many intense flavors and scents to familiarize with, and complex cultural institutions you can attempt to understand. Forget about finding yourself.

Lose yourself, let India transform you, and be mesmerized by the beauty and ugliness of it all. Whether you find peace in the desert or the bustling streets of Jaipur, or decide not to find peace at all and just embrace the busyness of life, it is all up to you.