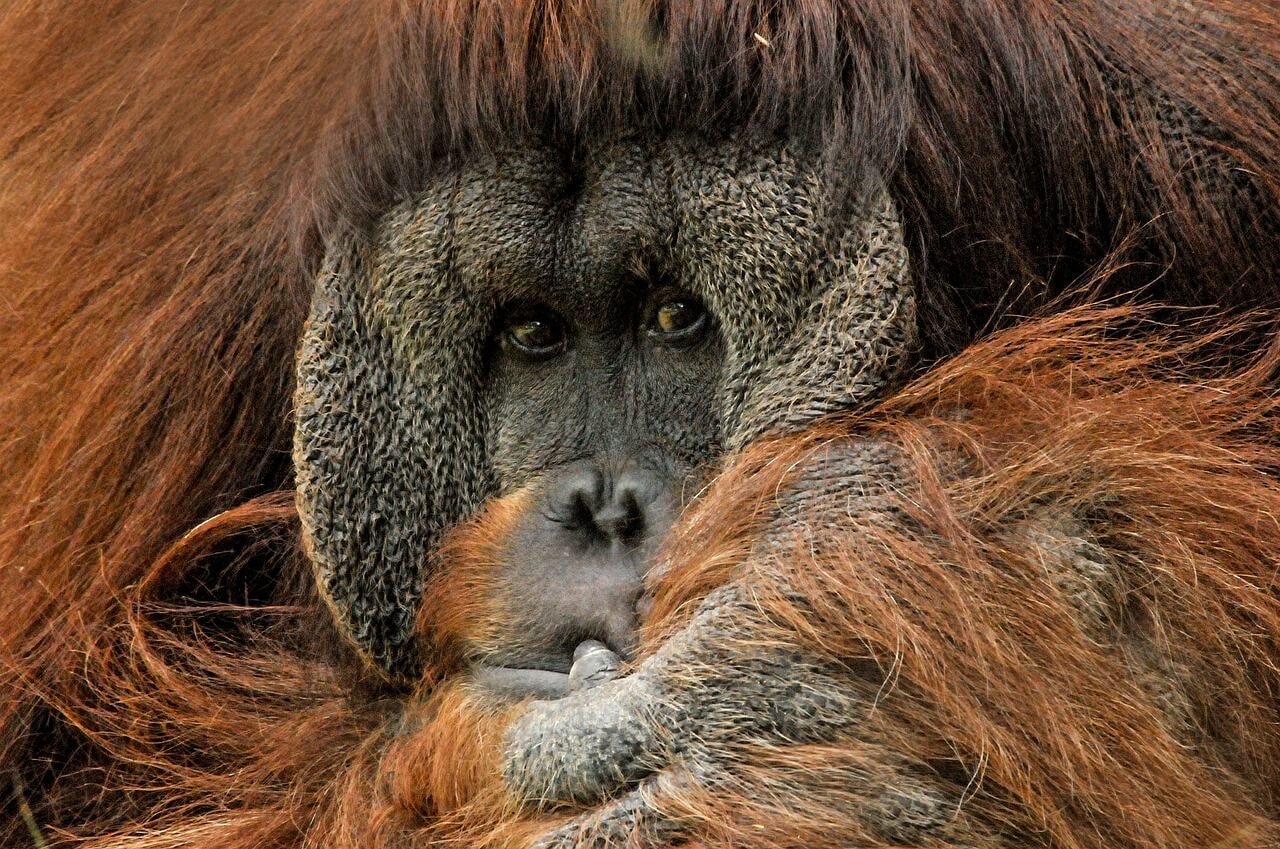 On a solo trip to Kota Kinabalu, I met Sarah, a middle-aged woman who dedicated her entire life to the conservation of orangutans. She’s no primatologist, nor does she see herself as an eco-warrior of some sort.

Deeply fascinated, I asked, “What made you decide this is what you want to do?”

I expected to hear something political or a heated discussion about poaching and the destructive palm oil industry. Instead, she answered, “One day, I took a tour to a wildlife conservancy in Kubah National Park, and happened upon a motherless baby orangutan nibbling on a leaf. I felt its hopelessness instantly. I’ve never had that kind of connection with any other wild creature before, and that was enough reason for me to stay. I’d like to think it was a maternal response, but it was also a spiritual one.”

I was reminded of the great Jane Goodall and the late Diane Fossey, two strong women who also dedicated their entire lives to saving our planet’s extraordinary primates. While it was the pursuit of science that led them to the ancient, perilous forests of Africa, I reckon it was something else that got them to stay.

Wanting to find out myself, I set out to volunteer at the Sepilok Orangutan Rehabilitation Centre one humid and rainy August.

The first day was a bit touristy; we toured around the site and mingled with project facilitators and fellow volunteers. No signs of backbreaking work yet. It was only on the second day that we got the lowdown on the activities set out for the next two weeks.

Sadly, we were not allowed to approach or handle the apes. These are orphaned apes, so it was important that they didn’t become too dependent on humans and learned the necessary skills to survive before they are released back into the wild. Another reason for this is that orangutans can be susceptible to getting diseases from humans, so it’s best to exercise caution. This made my brief encounters with the young ones in enclosures all the more special.

If you think about it, we’re the ones inside the enclosures, and the apes are free to roam about in their natural habitat.

Every morning, we’d take walks along the gated trail and deep into the jungle, where you’ll hear the echoes of carefree abundance.  Sepilok is one of the oldest rainforests in the world, and it’s also one of the first to have a rehabilitation center for its endangered inhabitants.

Our primary task was to prepare food for the apes, which involved washing and chopping fruits and gathering young leaves and barks. The regular diet includes tropical fruits like pineapples and starfruit, but we mix up the menu every day to keep it interesting.

While Sepilok’s efforts and the outpouring of international support are worthy of celebrating, it’s heartbreaking to know that even in a center as big and secure as this one, apes could still be poached. To keep them safe at night, the center has to keep the apes in special sleeping enclosures.

The next day, they’re free to roam the jungle again. And during which time, we make sure their temporary homes are clean and tidy for when they return to sleep.

After a long day’s work, I’d find myself strolling alone on the wooded path, listening to the wild soundscape. Nature’s orchestra begins a few minutes before twilight, where you’ll hear an enormous diversity of sound.

Am I hearing a distress call or a harmonious melody? Are the lungs of the earth gasping for breath? It’s hard to tell. Or am I not listening enough? Either way, the fences are proof enough that we did everything wrong. Now we’re struggling to undo our mistakes.

Like us, orangutans are a soulful race, with a rich social and emotional life that’s in tune to its habitat. But unlike us humans, or at least the luckier ones in our breed, they are stripped of their rights to thrive freely. But like many humans, too, they are born asylum seekers. And you can’t help but wonder; if the poor and displaced are hopeless, what hope is left for our primate cousins?

In an interview for Discover Magazine in 2007, Goodall was asked why apes are on their last stand while humans continue to reign. The primatologist pointed out that gorillas, chimpanzees, and orangutans have been in existence for hundreds of thousands of years — without overpopulating or destroying their habitat. She added that the species have fared better than humans in being in harmony with the environment.

Our last night at the center was spent with beef noodles, braised basung fish, local wine, and music at the long house. The fun was halted when a van hastily pulled over the main gate. A local facilitator emerged from the darkness and yelled something in the local tongue, which a foreign worker translated for us. “They rescued another one.”

The Sepilok Orangutan Rehabilitation Centre has a volunteer program run by Travellers Worldwide. The program lasts about eight weeks. If you have the skills to help and wish to explore this opportunity, go to the wildlife.sabah.gov.my for more details.