Winter was driving on and snow was on the horizon as I fumbled my way out of Portland International Airport. This was a trip I wasn’t particularly keen on for a couple of reasons. One, I haven’t been chasing the sun only to freeze up, and two, I haven’t been home in a while.

I met my sister Joanne in the waiting area and I kissed her like no time had passed since we last saw each other. We spent the night at her apartment downtown. We had dinner in her tiny balcony and watched night-shining clouds hang over Mt. Hood until they were replaced by city lights. The next morning, we drove to our family farm in Salem where my sister would get married.

A few miles into Interstate-5 and it finally sunk in, I was back in America – the land of sign-posted roads and big box stores. The drive was short and steady, with unchanging skies and smooth roads lined with coniferous trees. We arrived in Salem in an hour. Not much has changed since my last visit, the sun still swept beautifully over the Willamette Valley. The farm, however, was no longer the place I grew up in. The earth was moist and cool, and in a few weeks, it would have succumbed to the frost. I spent the afternoon exploring the farm, or at least, what was once here or there.

It wasn’t much when my mother bought the property in the late 80s. But she understood that she needed to bring in cows to keep the pasture healthy, pigs to curb the spread of brambles, and chickens for eggs. The more animals she took in, the happier she got, as there was more work to be done. The vegetable garden, which was always on a rotation of crops, was our playground. When you’re young, things seem to work in proper order.

To my mother, farming meant working with nature, paying attention to the delicate balance that holds everything together. And she did it quite effortlessly, in her pull-on work boots and a bandana wrapped around her head. Since she died 12 years ago, much of the farm has returned to the wild – the perfect backdrop to Jo’s dream Bohemian wedding.

It was only three days ago when I was in Mumbai for the third time, walking its rain-worn streets and breathing its careworn air. The squalor and magical vibe of Colaba Causeway dissipated amid the wedding rush. Salem’s dramatic late autumn hue and dry, middling breeze contrasted with Maharashra’s humid and persistently hot weather.

Under huge stands of red alder and aspen, my sister walked down the aisle of forest undergrowth, in her flowing lace dress and bouquet of wildflowers. I wasn’t sure if it was just an aftermath of my trip or something I’ve developed from years of being constantly on the road, but her wedding felt more like a communion with nature. And she was the obedient child of the earth. I let out a sigh of relief knowing that my dear Jo has found her place in the world.

It was in the farm where I got my first pull of adventure. Beyond the vegetable garden was a dense pocket of trees and wild fauna which would beckon any adventurous soul. The same way Taiwan’s untarnished breadth of backcountry, or the winding roads to Chiang Mai in Thailand, or the breathtaking rice terraces of the Kalinga province in the Philippines would. Since I left home in ’97 to see the world, coming back was rarely my agenda. The two times I did other than this one was for my brother’s wedding and mother’s funeral. My idea of home was never pinned to one place, it was where my mind and body took me.

Nevertheless, it’s always hard to leave home. Every bit of comfort and things all too familiar would escape my body the moment the plane lifts off. I’d wonder how my life would have been had I stayed. Will I have taken over the farm to continue my mother’s work? Will I have found a husband as kind and supportive as Jo’s?

Then I’d peer through the window and watch the vast sea of clouds. At last, the path ahead is clearer. The moment of discovery unfolds and the yearning for comfort is eclipsed by the rush of adventure, the thrilling feeling one gets when faced with uncertainty. I find solace in the thought that I belong everywhere, high above the clouds in couch or wherever I’m going. That I’ve found family in the strangest seatmates or bedfellows, found home in every corner of the world I end up in. I would gasp for air in Machu Picchu, get swallowed by India’s chaos, or hop trains in Europe for hours on end, and still approach it with childlike wonder, like those times I’d skip pulling weeds in the garden to explore the pocket of trees in our backyard. I travel with abandon. Nothing makes me more restless than staying in one place.

Two years ago, in a night market in Bangkok, I met a fellow drifter from Eugene who shares the same sentiments with me. His childhood wasn’t as pleasant as mine, though, and his teenage years were his most turbulent, until he ran away from home, all the way to the East Coast to hike the Appalachian Trail. He told me that it was the most grueling six months of his life, and every day he wanted to quit and go home. But he forged on and upon reaching the Southern Terminus, a profound feeling of peace and lightness washed over him. He never looked back ever since.

When I go to a new place, I bring what little I have and do as many as I can. I leave everything I know and ready myself to be transformed again. It’s this constant process of renewal, as I take in the riches, whether dispersed or concentrated, of the humblest of places. I find familiarity in strangeness, find home without getting tied down. Echoing Pico Iyer’s reflections on the search for home, “I exult in the fact I can see everywhere with a flexible eye; the very notion of home is foreign to me, as the state of foreignness is the closest thing I know to home.”

Home is never just a material thing. All the objects and places with which we associate home is tied to memory and emotion, and oftentimes, people. It’s space that’s boundless and transcends time. Home equals faith in belonging somewhere. And if that’s the case, belonging equals believing. Traveling is to be forever free and steady, familiar and foreign, and it doesn’t matter how many places you go. You can stay in one place forever and still feel the same way if you set your mind to it, the way my sister Joanne, and especially my mother did.

Perhaps, one day, I’ll reach that final homestretch and rediscover the wonders of Salem, or maybe settle somewhere warmer like California. But my current address is this big, beautiful world. And it’s one with an infinite supply of roads, trails, and rivers to traverse, of many, many diverse people to connect or put up with. In My Travel Backpack are tales and snippets of my travels through place and time. Wander with me and my fellow drifters. 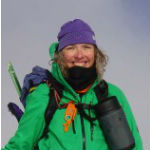